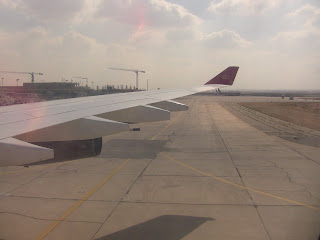 We have just arrived in Amman Jordan. Jordan, for those of you that don't know, is where they shot Indiana Jones, so thats good. From what I have read, Jordan is a country that has been caught in the middle (or positioned itself on the fence, depending on how you feel about the Hasemite Kingdom now led by King Abdulluah II) of the conflicts of the middle east. 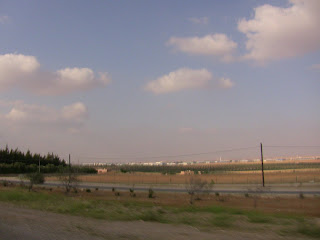 Despite the formal peace treaty with Isreal, signed in 1994, judging from the response to that act by King Abdulluah as well as the fact that many of the people who reside in Jordan have moved here from the West Bank and Gaza, and that the "people of Jordan feel intrinsically connected to the plight of the West Bank and Gaza". (Rossi, 2008)
It just so happens to be Independence Day in Jordan (Jordan gained its independence from the UK in 1946) ! I can hear the fire works going off right now!
Posted by Katherine at 8:45 AM